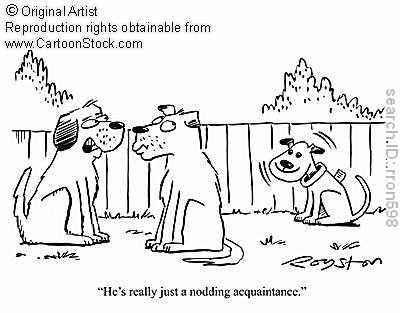 I stumbled across a classmate’s blog post about Facebook and the boundaries of friendship, which she responded in relation to this article by Frederic Lardinois.

Earlier in the semester, we had a discussion on what the definition of a “friend” is and where we draw the line. It didn’t really impact me at the time, because I thought I was just expanding my network of old college friends, colleagues, and family. I never add anybody I don’t know. Plus, I may need to keep some of these “friends” just in case I need to contact them in the future about something that they are an involved with (e.g., concert promotions, activity partners, etc.). However, after a recent conversation with an immediate family member, this topic came up. She told me that having nearly 600 friends and 81 groups “does not fit the boundaries of logical thinking, no matter how you justify it.” Another family member backed her up by saying:

‘Friend’ has a different meaning in Iranian culture compared to the Facebook terminology (or the English language). The word (doost=friend) is basically used to refer to someone that you dearly care for. In the context that the word gets used here, it refers to (aashena=someone you know).

At first, I was naturally offended by their comments. Did they not know that I categorize each friend and that I don’t hold each under the same light? I’ve even gone out of my way to edit my privacy settings so that certain people can see only certain parts of my profile. Strangers can’t see my profile at all. On Wikipedia’s “Friendship” page, “Internet Friendship” is even defined as a category of friendship.

So… what was the problem?

I let their comments sink in for a few days and read some blogs about the topic. It all became clearer to me. I remember the first true social networking site I ever joined was Friendster back in 2002/2003. My intention was purely to reconnect with old friends from high school, etc. Then MySpace came along and, while I was very careful about the type of content I was posting, I did not have a filter on who I accepted as a “friend.” I think this is where my perception of the word had evolved into something different than what I’ve always known. Acquaintanceship and Friendship had become one and the same.

Of course, after some creepy stalker-ish incidents on MySpace, I deleted everyone I didn’t know, and went back to basics. I stick with the same rule now as I always have; don’t add if I don’t know. But after conversations with my family and reading my classmate’s blog post, I think I am going through another realization. Maybe it’s time I re-evaluate who I really care about and don’t care about on Facebook; maybe I need to stop being such a pack rat! 🙂

As my classmate so eloquently stated: “…I find it annoying to receive news feed information on someone I casually know, or would not skip a beat in life if I didn’t hear from them over an extended period of time.”

The Key to Winning the 2012 Election Online

Comments on: "Friendship or Acquaintanceship?" (2)